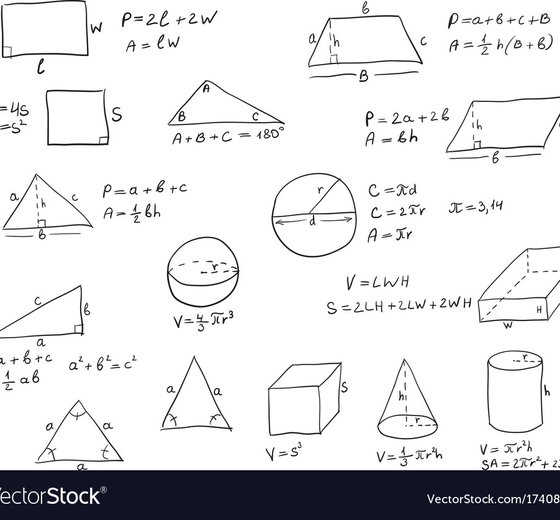 Geometry sets out from certain conceptions such as “plane,” “point,” and “straight line,” with which we are able to associate more or less definite ideas, and from certain simple propositions (axioms)

which, in virtue of these ideas, we are inclined to accept as “true.” Then, on the basis of a logical process, the justification of which we feel ourselves compelled to admit, all remaining propositions are shown to follow from those axioms, i.e. they are proven. A proposition is then correct (“true”) when it has been derived in the recognised manner from the axioms. The question of the “truth” of

the individual geometrical propositions is thus reduced to one of the “truth” of the axioms. Now it has long been known that the last question is not only unanswerable by the methods of geometry, but

that it is in itself entirely without meaning. We cannot ask whether it is true that only one straight line goes through two points. We can only say that Euclidean geometry deals with things called “straight

lines,” to each of which is ascribed the property of being uniquely determined by two points situated on it. The concept “true” does not tally with the assertions of pure geometry, because by the word “true” we are eventually in the habit of designating always the correspondence with a “real” object; geometry, however, is not concerned with the relation of the ideas involved in it to objects of

experience, but only with the logical connection of these ideas among themselves.

It is not difficult to understand why, in spite of this, we feel constrained to call the propositions of geometry “true.” Geometrical ideas correspond to more or less exact objects in nature, and these last

are undoubtedly the exclusive cause of the genesis of those ideas. Geometry ought to refrain from such a course, in order to give to its structure the largest possible logical unity. The practice, for example, of seeing in a “distance” two marked positions on a practically rigid body is something which is lodged deeply in our habit of thought. We are accustomed further to regard three points as being situated on a straight line, if their apparent positions can be made to coincide for

observation with one eye, under suitable choice of our place of observation.

If, in pursuance of our habit of thought, we now supplement the propositions of Euclidean geometry by the single proposition that two points on a practically rigid body always correspond to the same distance (line-interval), independently of any changes in position to which we may subject the body, the propositions of Euclidean geometry then resolve themselves into propositions on the possible relative position of practically rigid bodies. 1 Geometry which has been supplemented in this way is then to be treated as a branch of physics. We can now legitimately ask as to the “truth” of geometrical propositions interpreted in this way, since we are justified in asking whether these propositions are satisfied for those real things we have associated with the geometrical ideas. In less exact terms we can express this by saying that by the “truth” of a geometrical proposition

in this sense we understand its validity for a construction with ruler and compasses.

It follows that a natural object is associated also with a straight line. Three points A, B and C on a rigid body thus lie in a straight line when, the points A and C being given, B is chosen such that the sum of the distances AB and BC is as short as possible. This incomplete suggestion will suffice for our present purpose.

THE SYSTEM OF CO-ORDINATES BY ALBERT EINSTEIN