THE SYSTEM OF CO-ORDINATES BY ALBERT EINSTEIN 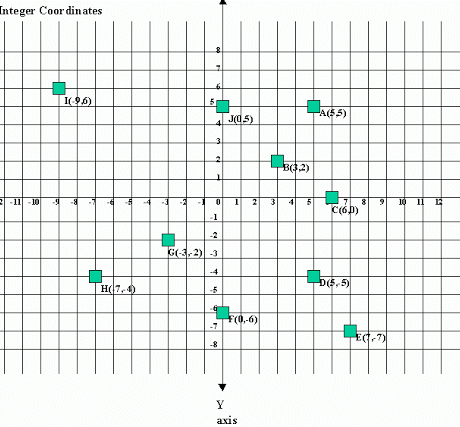 SYSTEM OF CO-ORDINATES BY ALBERT EINSTEIN

On the basis of the physical interpretation of distance which has been indicated, we are also in a position to establish the distance between two points on a rigid body by means of measurements. For this purpose we require a “distance” (rod S) which is to be used once and for all, and which we employ as a standard measure. If, now, A and B are two points on a rigid body, we can construct the line joining them according to the rules of geometry; then, starting from A, we can mark off the distance S time after time until we reach B. The number of these operations required is the numerical measure of the distance AB. This is the basis of all measurement of length.

Every description of the scene of an event or of the position of an object in space is based on the specification of the point on a rigid body (body of reference) with which that event or object coincides. This applies not only to scientific description, but also to everyday life. If I analyses the place specification “Trafalgar Square, London,” I arrive at the following result. The earth is the rigid body to which the specification of place refers; “Trafalgar Square, London” is a well-defined point, to which a name has been assigned, and with which the event coincides in space.This primitive method of place specification deals only with places on the surface of rigid bodies, and is dependent on the existence of points on this surface which are distinguishable from each other. But we can free ourselves from both of these limitations without altering the nature of our specification of position. If, for instance, a cloud is hovering over Trafalgar Square, then we can determine its position relative to the surface of the earth by erecting a pole perpendicularly on the Square, so that it reaches the cloud. The length of the pole measured with the standard measuring-rod, combined with the specification of the position of the foot of the pole, supplies us with a complete place specification. On the basis of this illustration, we are able to see the manner in which a refinement of the conception of position has been developed.

I have chosen this as being more familiar to the English reader than the “Potsdamer Platz, Berlin,” which is referred to in the original. (R. W. L.)

From this consideration we see that it will be advantageous if, in the description of position, it should be possible by means of numerical measures to make ourselves independent of the existence of marked positions (possessing names) on the rigid body of reference. In the physics of measurement this is attained by the application of the Cartesian system of co-ordinates. This consists of three plane surfaces perpendicular to each other and rigidly attached to a rigid body. Referred to a system of coordinates, the scene of any event will be determined (for the main part) by the specification of the lengths of the three perpendiculars or coordinates (x, y, z) which can be dropped from the scene of theevent to those three plane surfaces. The lengths of these three perpendiculars can be determined by a series of manipulations with rigid measuring-rods performed according to the rules and methods laid down by Euclidean geometry.

It is not necessary here to investigate further the significance of the expression “coincidence in space.” This conception is sufficiently obvious to ensure that differences of opinion are scarcely likely to arise as to its applicability in practice.

In practice, the rigid surfaces which constitute the system of coordinates are generally not available; furthermore, the magnitudes of the co-ordinates are not actually determined by constructions with rigid rods, but by indirect means. If the results of physics and astronomy are to maintain their clearness, the physical meaning of specifications of position must always be sought in accordance with the above considerations. We thus obtain the following result: Every description of events in space involves the use of a rigid body to which such events have to be referred. The resulting relationship takes for granted that the laws of Euclidean geometry hold for “distances,” the “distance” being represented physically by means of the convention of two marks on a rigid body.

SPACE AND TIME IN CLASSICAL MECHANICS