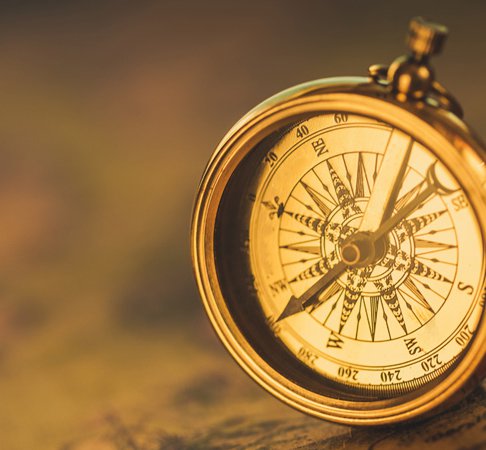 A HISTORICAL DIVERSION BY STEVEN WEINBERG PART ONE

Let Us turn away for a moment from the history of the early universe, and take up the history of the last three decades of cosmological research. I want especially to grapple here with a historical problem that I find both puzzling and fascinating. The detection of the cosmic microwave radiation background in 1965 was one of the most important scientific discoveries of the twentieth century. Why did it have to be made by accident? Or to put it another way, why was there no systematic search for this radiation, years before 1965?

As we saw in the last chapter, the measured present value of the radiation background temperature and mass density of the universe allow us to predict cosmic abundances of the light elements that seem to be in good agreement with observation. Long before 1965 it would have been possible to run this calculation backward, to predict a cosmic microwave background, and to start to search for it. From the observed present cosmic abundances of about 20-30 percent helium and 70-80 percent hydrogen, it would have been possible to infer that nucleosynthesis must have had to begin at a time when the neutron fraction of nuclear particles had dropped to 10-15 percent. (Recall that the present helium abundance by weight is just twice the neutron fraction at the time of nucleosynthesis.) This value of the neutron fraction was reached when the universe was at a temperature of about 1,000 million degrees Kelvin (1090 K). The condition that nucleosynthesis began at this moment would allow one to make a rough estimate of the density of nuclear particles at the temperature of 109 ° K, while the density of photons at this temperature can be calculated from the known properties of black-body radiation. Hence the ratio of the numbers of photons and nuclear particles would also be known at this time. But this ratio does not change, so it would also be known equally well at the present time. From observations of the present density of nuclear particles, one could thus predict the present density of photons, and infer the existence of a cosmic microwave radiation background with a present temperature roughly in the range of 1° K to 10° K. If the history of science were so simple and direct as the history of the universe, someone would have made a prediction along these lines in the 1940s or 1950s, and it would have been this prediction that instigated radio astronomers to search for the radiation background. But that is not quite what happened.

In fact, a prediction much along these lines was made in 1948, but it did not lead then or later to a search for the radiation. In the late 1940s, a "big bang" cosmological theory was being explored by George Gamow and his colleagues Ralph A. Alpher and Robert Herman. They assumed that the universe started as pure neutrons, and that the neutrons then began to convert to protons through the familiar radioactive decay process in which a neutron spontaneously turns into a proton, an electron, and an antineutrino. At some time in the expansion, it would become cool enough for heavy elements to be built up out of neutrons and protons by a rapid sequence of neutron captures. Alpher and Herman found that to account for the observed present abundances of the light elements, it was necessary to assume a ratio of photons to nuclear particles of the order of 1,000 million. Using estimates of the present cosmic density of nuclear particles, they were then able to predict the existence of a radiation background left over from the early universe, with a present temperature of 5° K!

The original calculations of Alpher, Herman, and Gamow were not correct in all details. As we saw in the preceding chapter, the universe probably started with equal numbers of neutrons and protons, not pure neutrons. Also, the conversion of neutrons into protons (and vice versa) took place chiefly through collisions with electrons, positrons, neutrinos, and antineutrinos, not through the radioactive decay of neutrons.These points were noted in 1950 by C. Hayashi, and by 1953 Alpher and Herman (together with J. W. Follin, Jr.) had revised their model and carried out a substantially correct calculation of the shifting neutron-proton balance. This was, in fact, the first thoroughly modern analysis of the early history of the universe.

Nevertheless, no one in 1948 or 1953 set out to look for the predicted microwave radiation. Indeed, for years before 1965 it was not generally known to astrophysicists that in "big bang" models, the abundances of hydrogen and helium require the existence in the present universe of a cosmic radiation background, which might actually be observed. The surprising thing here is not so much that astrophysicists generally did not know of the prediction of Alpher and Herman—a paper or two can always sink out of sight in the great ocean of scientific literature. What is much more puzzling is that no one else pursued the same line of reasoning for over a decade. All the theoretical materials were at hand. It was not until 1964 that calculations of nucleosynthesis in a "big bang" model were begun again, by Ya. B. Zeldovich in Russia, Hoyle and R. J. Tayler in England, and Peebles in the U.S., all working independently. However, by this time Penzias and Wilson had already started their observations at Holmdel, and the discovery of the microwave background came about without any instigation by the cosmological theorists.

It is also puzzling that those who did know of the Alpher-Herman prediction did not seem to give it a great deal of emphasis. Alpher, Follin, and Herman themselves in their 1953 paper left the problem of nucleosynthesis for "future studies," so they were not in a position to recalculate the expected temperature of the microwave radiation background on the basis of their improved model. (Nor did they mention their earlier prediction that a 5° K radiation background was expected. They did report on some nucleosynthesis calculations at an American Physical Society meeting in 1953, but the three were moving to different laboratories and the work was never written up in final form.) Years later, in a letter to Penzias written after the discovery of the microwave radiation background, Gamow pointed out that in a 1953 article of his in the Proceedings of the Royal Danish Academy, he had predicted a radiation background with a temperature of 7° K, roughly the right order of magnitude. However, a glance at this 1953 paper shows that Gamow's prediction was based on a mathematically fallacious argument having to do with the age of the universe, and not on his own theory of cosmic nucleosynthesis.

It might be argued that the cosmic abundances of the light elements were not well enough known in the 1950s and early1960s to draw any definite conclusions about the temperature of the radiation background. It is true that even now we are not really certain that there is a universal helium abundance in the range 20-30 percent. The important point, though, is that it has been believed since long before I960 that most of the mass of the universe is in the form of hydrogen. (For instance, a 1956 survey by Hans Suess and Harold Urey gave a hydrogen abundance of 75 percent by weight.) And hydrogen is not produced in stars—it is the primitive fuel from which stars derive their energy by building up heavier elements. This is by itself enough to tell us that there must have been a large ratio of photons to nuclear particles, to prevent the cooking of all the hydrogen into helium and heavier elements in the early universe.

One may ask: When in fact did it become technologically possible to observe a 3° K isotropic radiation background? It is difficult to be precise about this, but my experimental colleagues tell me that the observation could have been made long before 1965, probably in the mid-1950s and perhaps even in the mid-1940s. In 1946 a team at the M.I.T. Radiation Laboratory, led by none other than Robert Dicke, was able to set an upper limit on any isotropic extraterrestrial radiation background: the equivalent temperature was less than 20° K at wavelengths 1.00, 1.25, and 1.50 centimeters. This measurement was a by-product of studies of atmospheric absorption, and was certainly not part of a program of observational cosmology. (In fact, Dicke informs me that by the time he started to wonder about a possible cosmic microwave radiation background, he had forgotten his own 20° K upper limit on the background temperature, obtained almost two decades earlier!)

A HISTORICAL DIVERSION BY STEVEN WEINBERG 2